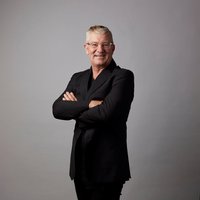 Pastor Michael Murphy is founder and CEO of Leaderscape. He is an ordained minister in the Australian Christian Churches, and currently mentors church, political and business leaders, and has founded and continues to serve on various boards.

Michael was senior pastor of Shirelive Church for 18 years and previously served on the pastoral staff at Hillsong Church. He is an alumnus of Alphacrucis College and has a MA in leadership studies. Michael is married to Valery, and has three adult children who are actively involved in church ministry.

Stephen is an alumnus of Alphacrucis College. He has a BA (Economics), Dip Min, MA (Theology), and PhD in Organisational Leadership. Stephen’s research explores transformational leadership, particularly the relationship between senior pastors’ leadership and volunteers’ motivation.

He is married to Sandra and has three adult children and five grandchildren.

Mark has experience in creating and building successful businesses and people. Having created several businesses in his 40 plus years career across a range of industries, he has detailed operational experience in helping businesses and people work effectively. Mark’s experience includes, functioning as Chairman and CEO of companies in Engineering, Multi-site Manufacturing, Metals Processing, Commodities Trading. He has also undertaken several Greenfield industrial property developments. He continues to own and operate a key Metal Trading operation supporting leading Australian and New Zealand businesses. As Chairman of ONE80TC, Mark has participated in the success of its Drug and Alcohol Rehabilitation services facility for Men and the recent introduction of its new Women’s facility.

Pastor Brad Bonhomme and his wife Alison have been the Senior Pastors of Horizon Church in Sydney (formerly Shirelive) since 2013. He has been in ministry for 25 years, starting as Youth/YoungAdults Pastor at Perth CLC, then serving at Influencers Church in Adelaide in Youth & Young Adults, then Executive Pastor and finally as Lead Pastor. Brad has served on the ACC State Executive in South Australia and currently on the National Executive and the NSW State Executive.  He is passionate about Spirit-led ministry and the releasing of leaders. 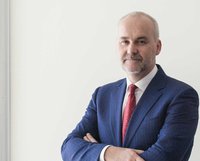 He has a Bachelor of Business, Master of Economics and Doctor of Business Administration (MGSM). Stephen has been recognised as a Fellow by Chartered Accountants (Australia & New Zealand) and is a Graduate of the Australian Institute of Company Directors.

Scott Haslem is the Chief Investment Officer at Crestone Wealth Management, where he leads one of the largest investment specialist teams to support Crestone’s investment advisers and Crestone’s high net worth, family office and not-for-profit clients. Scott was most recently Managing Director and Chief Economist, Head of Macro Research for Australia and New Zealand at UBS, where he worked for 20 years. While at UBS he was individually rated the number one broking economist for 10 of his last 11 years (Australian EastColes Equities Market Report). Scott has more than 25 years’ experience in global financial markets and investment banking, providing extensive economics research and investment strategy across the equities and fixed income markets, engaging with fund managers, superannuation funds and wealth management clients. Prior to joining UBS in 1998, he spent seven years working for the Reserve Bank of Australia, primarily in economic forecasting. Scott holds a degree with Honours in Economics from the University of Queensland and a Master of Economics degree from the Australian National University. 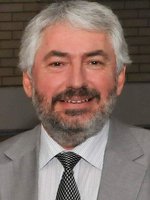 Martin Hovey (PhD) has served as Head of School and Associate Professor in Finance at the University of New England and also at University of Southern Queensland, Australia. He is Professor of International Business, Shandong Institute of Business Technology, China. Before joining academia, Dr Hovey held high-level executive positions in the private and financial services sectors.

Martin has a Dip Hor Eng, Dip Min, MBA (Strategy), and a Ph.D in Corporate Governance and is a Graduate of the Australian Institute of Company Directors (AICD). His community service has been acknowledged by Financial Services Institute of Australasia (FINSIA) as a Senior Fellow, prior to retirement also by AICD as a Fellow for his service.

His research interests span aspects relating models of corporate governance globally and their application to the performance and valuation of corporations – he has published internationally in these areas. For instance, corporate governance best practice, ownership structures, and agency theory and how they relate to firm performance. Of particular interest are the financial and corporate reforms in East Asia. He has published renowned books on spreadsheet modelling in finance and also in investing.

Gary Lottering is the Director of Campuses for Alphacrucis College. Gary oversees the development, growth and sustainability of AC's campuses aligned with the Vision and Mission of the college and the strategy to deliver education and training of superior value and quality. Gary is also a member of AC’s Executive Committee.

Gary has over 20 years of experience in the corporate sector at an executive management level, including 10 years working within Tasmanian State-owned companies. He has been involved in managing large and complex projects including leading staff, commercial analysis, service delivery, data analysis and reporting.  These projects have involved building and capital programs; projects involving restructure, change to business processes, and creation of intangible assets and outcomes.

Gary is also Chairman of Brave Foundation, an Australian not for profit registered charity. Brave is working with the Federal Government (Try, Test and Learn fund) to deliver the Brave SEPT  (Supporting Expecting and Parenting Teens) program which is an interactive pathway plan created for expecting and parenting teens to ensure they are connected to parenting support, life support and educational opportunities in their local communities.

In addition to being Chair of Academic Board, David is AC's Vice President Academic and oversees and provides leadership for all the academic operations of the college.  He has years of experience in higher education leadership and management, and he has also been a lecturer in theology for the last 10 years.  He is a credentialed Minister with Australian Christian Churches.

David holds a number of leadership roles within the broader higher education sector.  He was recently appointed as a member of the Higher Education Standards Panel, an expert statutory advisory body to the Federal Minister for Education, from 2020-2023.  He is also a Board Member of Independent Higher Education Australia (IHEA), Secretary of the Council of Deans of Theology, Council Member for the Australian and New Zealand Association of Theological Schools (ANZATS), Steering Committee Member for the Higher Education Private Providers Quality Network, Board Member of Alphacrucis College New Zealand, immediate past President of the Association of Pentecostal and Charismatic Bible Colleges, and Commissioner for the APTA Theological Commission.

David completed a Bachelor of Ministry in 2001, and a Bachelor of Theology with First Class Honours in 2009.  He completed his PhD at Australian Catholic University.  The title of his PhD thesis was "Pentecostal Spirit Baptism: An Analysis of Meaning and Function", and it has been published in book form by Brill.

Conjoint Associate Professor Stuart Piggin was Director of the Centre for the History of Christian Thought and Experience at Macquarie University from 2005 to 2016, during which time he supervised 28 doctoral students. He is a graduate of the Universities of Sydney and London and of the Melbourne College of Divinity. He lectured in Religious History in the Universities of Wollongong and Sydney 1974-1990 and was Master of Robert Menzies College at Macquarie University, 1990-2004. His areas of research include the study of evangelical Christianity, missions, and revivals, and the human response to disasters. He has written over 100 articles for academic journals and eight books, including Making Evangelical Missionaries, a prosopographical study of 550 missionaries to India, Evangelical Christianity in Australia, published by OUP and now in its third edition, Firestorm of the Lord, a study of revival, and The Fountain of Public Prosperity: Evangelical Christians in Australian History, 1740-1914, published by Monash University Publishing in 2018. 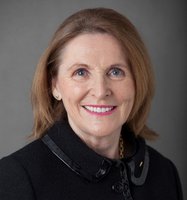 An experienced manager and executive director, Wendy has made a career out of driving innovation and change.  Widely regarded as a pioneer, she has held key leadership roles across a number of traditionally male dominated industries, from airfreight, telecommunications, and precision engineering to property development, and has been a tireless advocate for women in business and female entrepreneurs. Wendy was the first woman to run TNT International’s global airfreight operations, overseeing an AUD $250 million business, and negotiating a major service level agreement with Qantas. A short-term assignment in China with telecommunications giant Alcatel stretched to seven years, as Wendy became the first women appointed as Senior Vice President of Alcatel Asia Pacific and established the regional headquarters in Shanghai.  From here Wendy became the Victorian Government’s first, and only female Trade Commissioner for North Asia.

As ministerial advisor under Victorian Premier Joan Kirner in the 1990s, Wendy was instrumental in developing the Telstra Business Awards, ensuring one award category for women.  The Premier’s Award for Businesswomen of the Year has since evolved into its own independent awards, the Telstra Businesswomen’s Awards. Wendy also helped establish the Australian Council of Business Women and the International Women’s Federation of Commerce and Industry.  Most recently she served on the Advisory Board of the Australian Women Chamber of Commerce and Industry.

In 2008, Wendy and her husband Geoff moved into property development, and created a private investment company, Wengeo Group. Wendy currently serves as a non-executive director with the General Sir John Monash Foundation, Australia’s premier international scholarship program, and World Vision Australia, one of Australia’s largest disaster relief and development agencies. Having experienced first-hand the difficulties faced by women in raising capital in Australia, Wendy lobbied Springboard Enterprises, the premier professional development program for women entrepreneurs in the USA, to establish its accelerator program in Australia. Wendy is a 3-time finalist in Telstra Businesswomen’s Awards, having been nominated by QBE Insurance, Alcatel, and Westpac, and in 2006 was a finalist in the Shanghai Business Women of the Year Awards.

In 2013, Wendy received an Order of Australia Medal for her service to the community through a range of women’s and youth organisations. That same year she was inducted into the Australian Businesswoman’s Hall of Fame and featured as one of Australia’s 100 Women of Influence by the Australian Financial Review.

Paul Vinton is a business technology specialist who has a passion to assist business and community leaders to achieve their goals. Paul has worked in the ICT sector for more than three decades and is recognised as an industry expert.

After moving from Western Australia to Adelaide Paul founded his information technology consulting firm in 1988 with his wife Leanne. This was the beginning of what today has grown to become Vintek Pty Ltd, employing 70+ staff, over 4,000 clients and influence Australia wide.

As an industry ICT and data security specialist, Paul has undertaken security and ICT audits, reviews and strategic direction for local and national organisations and sits on a number of boards, both in Australia and overseas, setting strategic direction.Paul has driven the growth within the organisations to a national level, with clear 5 year goals for growth, profitability, strategic influence and philanthropy. As a senior strategist Paul regularly interacts with global leads on emerging technology.

In 2015 Paul won the EY Entrepreneur of the Year in the Central Region for the Technology sector – a prestigious award recognising ICT excellence in entrepreneurship that is ongoing.

Denise is Deputy Vice President Research and Standards, and Professor of History at Alphacrucis College. She and her family have served in university campus ministry in Australia and Hong Kong. Denise received her PhD in history from the University of Queensland. She has published widely in the areas of Pentecostal, Asian and oral history, and speaks regularly at national and international conferences. Denise is also Director of the Australasian Pentecostal Studies Centre and has won several research grants related to the preservation and promotion of Pentecostal heritage. Denise is an ordained minister with Australian Christian Churches and is Chair of the Theological Commission of Asia Pacific Theological Association. She is also listed on the TEQSA Register of Experts.

Back to AC Council page