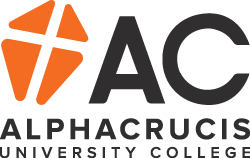 Matthew is a leading Australian Old Testament academic with an international reputation in the area of Biblical Hebrew linguistics. He is a Research Fellow in the Public and Contextual Theology (PaCT) Strategic Research Centre of Charles Sturt University (CSU), a Visiting Research Fellow in Linguistics, The University of Adelaide, an Honorary Research Associate Professor (School of Historical and Philosophical Inquiry), University of Queensland, and an Honorary Associate Professor in Theology, College of Humanities, Arts and Social Sciences, Flinders University.

He is a member of the steering committees of the Linguistics of Biblical Hebrew and Biblical Lexicography units of the Society of Biblical Literature (SBL), and co-chairs the Biblical Hebrew Language and Linguistics Unit of the International SBL. Matthew is a member of the Doctrine Commission of the Anglican Church of Australia, a trustee of the Australian Research Theological Foundation (ARTFinc), and was recently appointed to the editorial board of HIPHIL Novum.

After completing studies at Canberra College of Theology (1994–1997) and then Regent College Vancouver (1998–2000), Matthew did his doctoral studies with Professor Eep Talstra at the Vrije Universeit Amsterdam. He was then awarded a prestigious Australian Research Council Postdoctoral Fellowship at CSU in the area of Biblical Hebrew linguistics (2006–2009). From 2010 until the end of 2017, Matthew was Principal of St Barnabas College, the theological college of the Anglican Diocese of Adelaide, a member college of the CSU School of Theology.

Matthew has research interests in Biblical Hebrew linguistics, especially in the study of phrase and clause structure, utilising digital annotated versions of the text of Hebrew Bible. To facilitate this research he has published online a complete Interlinear Morphemic Gloss of the Hebrew Bible (www.bhgrammar.com), used by Hebrew scholars internationally. His expertise in Biblical Hebrew language extends into interdisciplinary research both on the literature of the Old Testament, especially its narratives and poetry, and more broadly to the role Scripture plays in theological reasoning and the formulation of Christian doctrine. This interdisciplinarity informs and enriches all areas of his research, making Matthew one of the few scholars in the world who publishes both in the areas of linguistic analysis of Biblical languages and on the significant literary, exegetical, and theological concerns of these religious texts.

In Biblical studies he has published and presented on Genesis, Jonah, Habakkuk, and the interpretation of narrative and poetry. He is currently working mostly on the Psalms, including a new translation of the Psalms for public worship, and with Thomas Burton on a commentary on the critical edition of the English poetry of Rev'd William Barnes (1801-1886), specifically Barnes' translation into English of the Psalms and Song of Songs (to be published in OUP's The Complete Poems of William Barnes). In the area of Christian doctrine he has written on topics such as scripture, creation, and human flourishing.

Matthew is an experienced doctoral (and honours) supervisor. His first three doctoral students now hold Old Testament lectureships in theological colleges in Australia. He also loves lecturing and at CSU pioneered the teaching of Biblical Hebrew online, receiving recognition for his innovative and highly effective approach.

National Association of Professors of Hebrew (since 2002)

Society of Biblical Literature (since 1998)