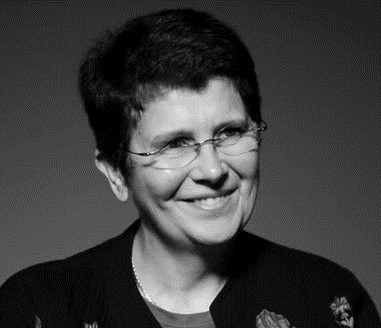 Professor Mary Morgan FBA (Professor of History and Philosophy of Economics at London School of Economics and Political Science www.lse.ac.uk ) recently visited visiting Australia as the Economic Society of Australia Eminent Speaker for 2016.  Mary has published widely on the history of econometrics, measurement issues, the role of models in social-science, and many other issues.  Her books include History of Econometric Ideas 1990, Foundations of Econometric Analysis (with D. Hendry), 1995, The Age of Economic Measurement (ed. with Julie Klein) HOPE 2001, and The World in the Model 2012.  She has been President of major societies in her area of the history and methodology of economics, and served on editorial boards of the major journals.   Mary has a particular reputation as an excellent doctoral supervisor and mentor of young researchers.

The first event was a lunch on 20 April 2016 co-hosted by Alphacrucis College in Parramatta (www.ac.edu.au)  at which Mary engaged with about fifteen invited women economists, quantitative social scientists and theologians on “Women in Research”.   Participants found it a very helpful event and Mary was impressed by the quality of our women researchers.

Then an evening forum on 21 April 2016 at UNSW City Campus where Mary was joined by the internationally renowned economists  Professor Geoff Harcourt, Professor Richard Holden to discuss “The Future of Economics”.  The session will be moderated by Adam Creighton, Economics Correspondent at The Australian.   Doom and gloom about the profession often predominates at such sessions, but our three economists agreed that there was an important future for economists, though this future would be quite different to the present.

The Society in NSW is currently engaged a project to quantify the changes in teaching economics in our schools and universities, and the size and composition of the profession which we hope will inform future discussions. Following Mary’s visit we are particularly conscious of tracking the role of women in the changing profession.

Comment Guidelines: To ensure the quality of the discussion, our moderating team will review all comments and may edit them for clarity, length, and relevance. Comments that are overly promotional, mean-spirited, or off-topic may be deleted per the moderators' judgment. All comments become the property of Alphacrucis College.