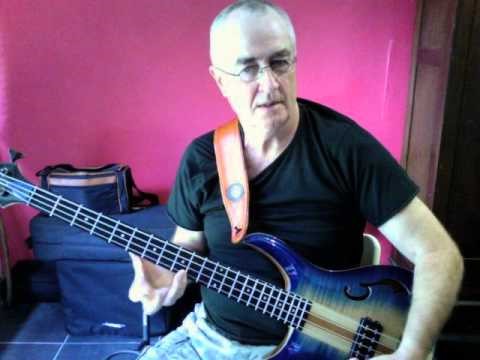 Come and engage with veteran musicians and worshippers in this once-in-a-lifetime opportunity to improve your craft.  George McArdle, David Holmes, Mitch Farmer, and Rev. Dr. Daniel Thornton will conduct a masterclass for musicians which will cover things like, improving band dynamics, arranging, the groove, working with other musicians, contexts, styles and more.  An event like this would be worthy investment for any Christian muso… but it’s FREE!

It’s our investment into you, just register!

George McArdle was the bass player in the Little River Band (LRB), one of the most highly acclaimed rock music bands of all time and the first Australian group to make the top ten charts in the United States, achieving gold status. It is the only band of any nationality to have scored a top ten hit in the United States, for six consecutive years.  LRB have sold more than 30 million albums and in 2004 George was inducted into the ARIA Hall of Fame.

George's background was filled with violence and abuse and eventually he dived headlong into alcohol, fighting, theft, spiritualism and rock music.  After playing with several minor bands, at the age of 21, he joined LRB and carved out his niche as one of the greatest bass players ever to come out of Australia. While a member of LRB, he underwent a profound spiritual conversion to Christianity. He then had to struggle through issues of baptism, new relationships, balancing religion and rock music and becoming a celebrity speaker on the church circuit. George left his successful music career, gave all his material riches away, and enrolled in Bible College.

Comment Guidelines: To ensure the quality of the discussion, our moderating team will review all comments and may edit them for clarity, length, and relevance. Comments that are overly promotional, mean-spirited, or off-topic may be deleted per the moderators' judgment. All comments become the property of Alphacrucis College.