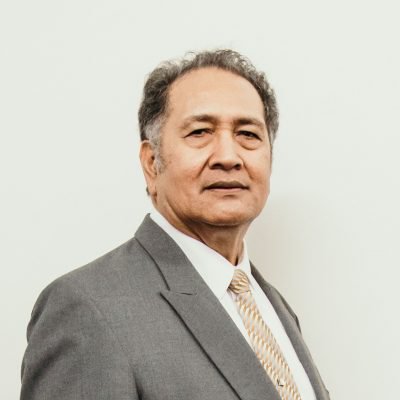 AC graduate of the Master of Leadership, Reverend Iliafi Talotusitusi Esera, has been honoured as an Officer of the New Zealand Order of Merit for his services to the Samoan community and Christian ministry. Rev Esera is the General Superintendent of New Zealand AOG and the Senior Pastor of Faith City Church in Whanganui.

"Reverend Esera provides leadership for Faith City School, which was established as Faith Academy in 1979 with 25 students. Under his leadership the school rebranded and is now the largest inter-denominational school in the Whanganui area with 150 students. He is overseer for Faith City United Churches in Australia, New Zealand and Samoa. He became an executive committee member of the Assemblies of God in New Zealand (AGNZ) in 2001 and was elected Assistant Superintendent in 2003. He became General Superintendent of AGNZ in 2011, the first non-European appointment to the role. He currently oversees 600 ministers and 231 churches in New Zealand and is Apostolic Overseer of Great Life International Churches in Australia, New Zealand, the United States and Samoa. He has helped establish Māori Assemblies of God churches around the country. He established the Samoan Pastors and Leaders International Network in 2001, with more than 300 pastors across Australia, New Zealand, Samoa and the US. He has fundraised for numerous overseas Christian missions and natural disaster relief efforts in Asia and the Pacific. Reverend Esera heads the To’omaga Ministry who support people, particularly Samoans, with legal and family violence issues."

AC congratulates Rev Esera for this prestigious honour. Further information about the Queen's Birthday Honour List is available on the New Zealand Department of the Prime Minister and Cabinet's website.